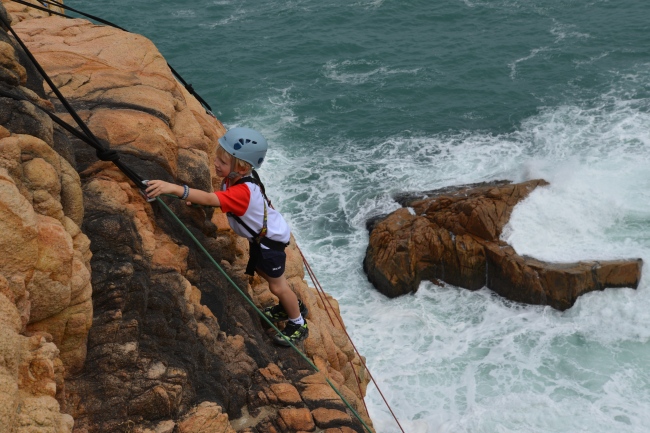 Several years ago, when my son was quite small, my mother gave me a book to read.  It sat on the shelf for a few years, unopened, and eventually I gave it away.  A few years later she gave it to me again, and again it sat on the shelf.  When we moved overseas, the book was chucked in a box and sat in a dark storage place for five years until we bought a house and liberated our treasures.  Two years ago I found the book and carried it with me all summer and back to Hong Kong, still never cracking the spine.  I had a niggling sense that this book was important, but I wasn’t ready for it until yesterday.

With deadlines for projects I’ve assumed looming, I should have taken the rare moment of quiet on a Sunday afternoon to tackle my in-box.  Instead, my children busy with their friends and my husband grouchy, I retreated to the bedroom, pulled this book from the shelf and devoted the afternoon to discovering its teachings.  The book is Bill Plotkin’s Nature and the Human Soul. Cultivating Wholeness and community in a Fragmented World.

That same evening, checking Facebook, I saw that a friend tagged me in a post linked to a new television ad for Toys R Us.  The ad depicted a busload of children on their way to a field trip in the woods who are then re-directed to the toy store instead, much to their great enthusiasm, and at the expense of a day in the forest.  Here’s the clip.

I couldn’t believe the serendipity of having just read this book about how our egocentric society has gotten stuck in adolescence largely due to a lack of connection to nature.  I first re-posted the link to my own FB page with the comment, “pathetic,” but then added another post quoting directly from the book:

Stand still.   The trees ahead and the bushes beside you

Are not lost.  Wherever you are is called Here,

And you must treat it as a powerful stranger,

Must ask it permission to know it and be known.

The forest breathes.  Listen.  It answers,

I have made this place around you.

If you leave it, you may come back again, saying Here.

No two trees are the same to Raven.

No two branches are the same to Wren.

If what a tree or a bush does is lost on you,

You are surely lost.  Stand still. The forest knows

Where you are.  You must let it find you.

Toys R’US didn’t do anything wrong with their ad.  In fact, there’s probably not one among us who didn’t at one point during childhood fantasize about a free trip to the toy store.  They’re simply appealing to our collective voracious appetite for stuff and the delicious prospect of getting it for free.  But to have it so blatantly preferable to a day in the woods underscores that precise uncoupling of humans and nature that is as internally damaging on a personal level as it is externally to the planet.   I’m not a preachy environmentalist, but I think this book is skilled at linking a general human malaise and despondency with a very tangible explanation.

Some of my other favorite quotes so far from Nature and the Human Soul:

“If we look at the biographies of our society’s most celebrated geniuses, artists, and visionaries, we find that most of them had regular immersions in the wild, especially in childhood, and that all of them had great sensitivity to the stirrings of the soul’s deep imagination.”

“Imagination might very well be the single most important faculty to cultivate in adolescence.  Without this cultivation, true adulthood might never be reached.”

“I believe that most people would agree that we will not create a healthier society by affording women the equal right to be as pathologically egocentric as a large proportion of men have been for millennia, to acquire the equal opportunity to excel in the patho-adolescent, class-dividing world of prestige, position, and wealth, academic and corporate ladder-climbing, and power broking.  Rather, mature men and women must join together to foster soul centric development for both genders and for all races and cultures…

If it’s true that…our environmental crises are due to a widespread failure of personal development, especially among the people in power in the industrialized nations (mostly wealthy males), then a radical overhaul in our way of parenting and educating children is in order.”

So, whether this post makes you want to go to Toys R Us to stock up for the holidays, or take a walk in the woods will probably explain a lot if you choose to listen.  I, for one, am going hiking…um, after I pick up a few things from the store.